The Wasps Have Gone 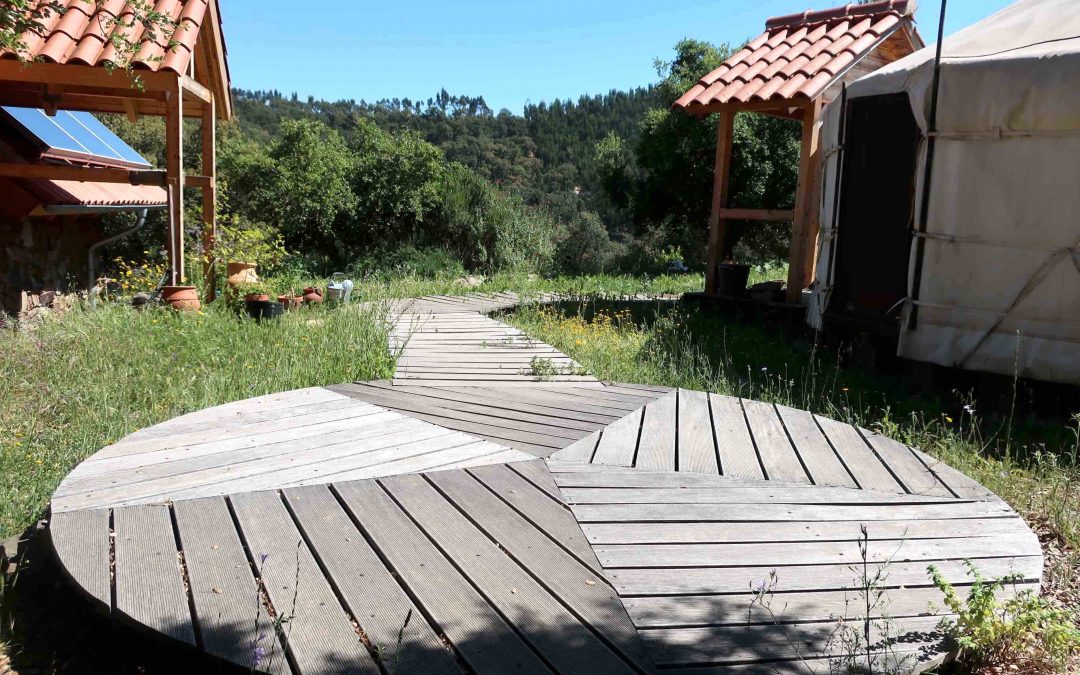 I stepped out on to my deck today, and something struck me. The words arose in my mind – “the wasps have gone”, and I said them out loud in wonder.

For the past four years I have experienced a wasp invasion in and around my yurt during the summer months. Usually at this time of the year they are buzzing around my ankles on my deck path, as they like to build nests underneath it.

They also love to build nests under the top roof canvas of my yurt, where it overlaps the wall section. 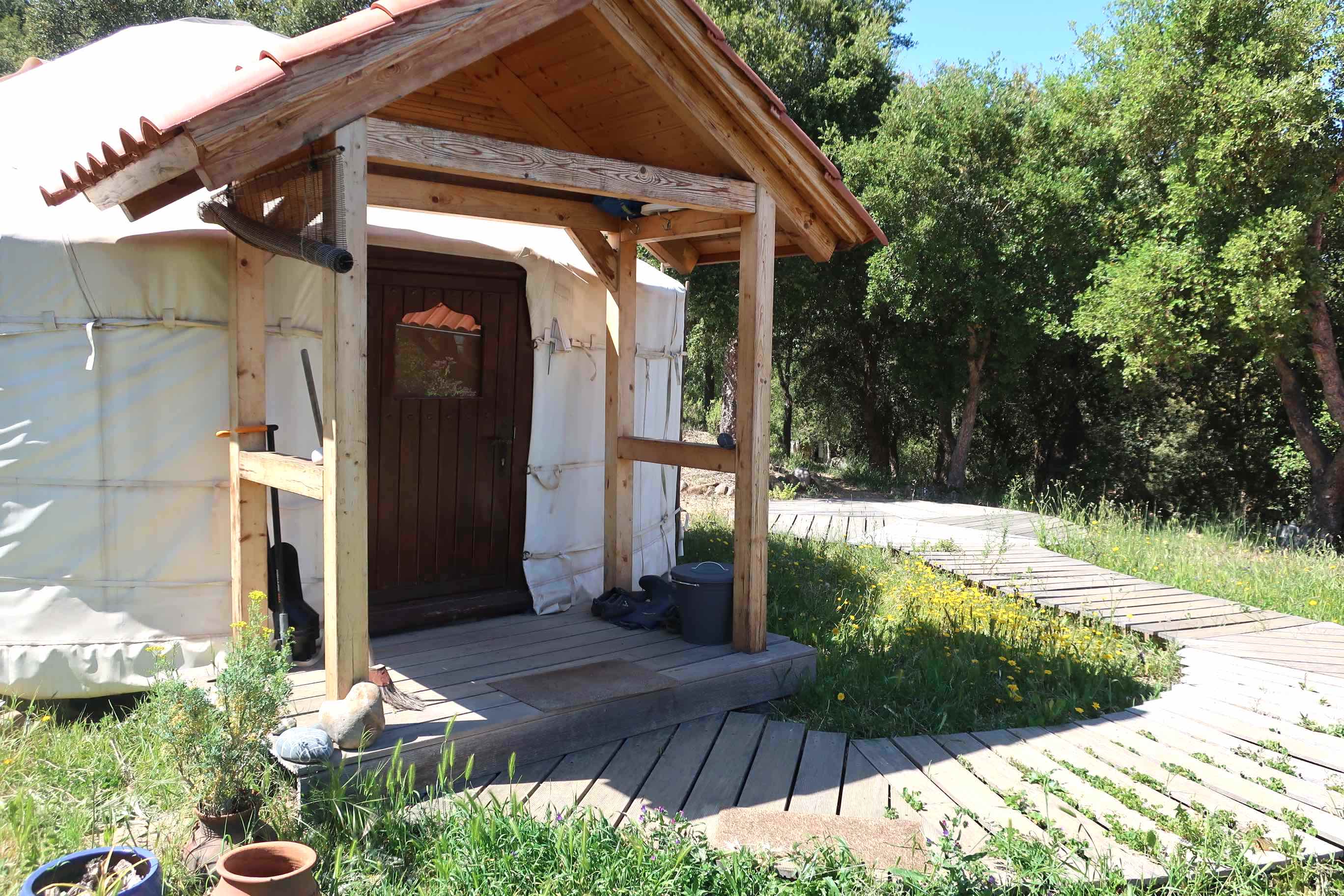 I have spent much time figuring out how to deter them, protect myself, wage war on them, learn their habits. I have used copious amounts of peppermint oil spray and wormwood cuttings to temporarily deter them, and become fearless and artful at creeping round after dark when they are sleepy and slow, and knocking the nests out from under the yurt covers. Yes, I have also killed wasps. I didn’t want to at the beginning, but an early lesson that came from them was  that just as they aggressively defend their territory, I needed to defend mine if they did not respond to my requests to go and live elsewhere. I needed to claim my space and tighten up my boundaries, or so it seemed then.

Even though I could prevent them nesting in the yurt covers, I could not access nests built under the deck, unless I completely dismantled it, which I did not want to do.

So I learned to tolerate them, bearing a few stings here and there. But I was still not happy that any visitors to my home had to navigate through the wasps to get to my door, especially as quite a few people can have terrible reaction to getting stung.

Last year the wasps showed me when I was not present. If I walked around carefully and with awareness, they never bothered me. The only times I got stung were if my attention lapsed – I was rushing, or preoccupied, or clumsy. This was the beginning of a turnaround in my relationship with them. I began to see their value in my life, and the possibility of fully accepting them.

This year the wasps showed up again in the sunny spring days. The male wasps start hunting around for a good place to make a home and entice a queen, they are very active and busy when the sun is out, and then dormant again on chillier or rainy days.

Again I started preparing my defence. Again I tried making a ‘wasp trap’ off instructions on the internet, and saw not a single wasp was interested in it, and cutting wormwood sprigs off my huge bush and stuffing them under the deck. But then I just gave up completely. I stopped seeing them as a problem, and just let them lead there lives in a parallel existence to mine.

Then we had a colder spell and they were not around for a while. The next sunny time, there seemed to be fewer of them around, and then today I noticed there were NONE. I checked their usual nest spots – none there either.

I love this mystery. It offers so much in showing me what I don’t know, the infinite complexity of life on our planet that is beyond our everyday comprehension, or the explorations of science.

So I look at this mystery from many different perspectives, of which all or some can be true….

Here are some possible reasons:

1. Its something to do with the weather this spring – such as the nights being too cold at exactly a particular time in their lifecycle.

2. The natural successional process of the ecosystem, whereby certain plants and certain insects dominate at certain stages, and then complete their role and move on somewhere else.

3. A wasp predator moved into the area.

4. The wind blew in some pesticides from somewhere in the area. (This one I discount, as there are thankfully plenty of bees buzzing in the borage).

5. There was more vegetation growing under the deck and less space for them to fly around under there. This however does not explain their absence from under the yurt canvas.

6. I had unknowingly invited these wasps in to my living space to teach me some valuable lessons. Once this process was complete, the wasps could move on.

7. Similar to the above – by neutralising any negative energy towards the wasps and allowing them to be, they were not attracted into my energetic field.

8. By being in this neutral state, communication could take place between me and the wasps and they understood to go and live elsewhere.

At Monte da Vida we understand and intend to act from a place of interconnectedness, or interbeing.. My existence and the wasps’ existence are intextricably linked in many unfathomable ways. Opening to this, is opening to the magnificent magic of life.

So I nod a goodbye to the wasps, in gratitude for their teachings, and for now leaving me in peace.

This site uses Akismet to reduce spam. Learn how your comment data is processed.